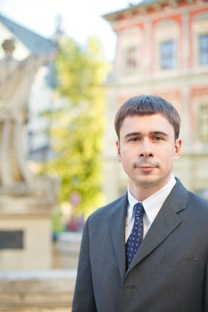 Originally from Lviv, Mr. Burhan spent more than ten years in Kyiv practicing law as a lawyer at well-known international law firms, representing global and regional clients on a number of complex multi-million dollar deals. When he returned to Lviv in 2006, he was appointed as an advisor to the City Mayor, and later as a head of newly established Investments Office at Lviv City Council. During his two-year clerkship, Mr. Burhan and his team successfully realized a dozen of remarkable projects for the municipality and received a special appreciation from Mayor Sadovyy for significant input in preparation of the city for UEFA EURO-2012 Football Championship.

In 2012 Mr. Burhan, a seasoned Ukrainian lawyer who is also admitted to practice as an attorney and counselor-at-law in the state of New York, founded his own law firm in Lviv. Taras Burhan Law Office LLC is a boutique firm of very efficient professionals, as clients say. The team has a personalized approach to each client and each matter. “We understand the needs of our clients, and as we are result oriented – we are offering practical and affordable solutions”, – Mr. Burhan summarizes.

Taras Burhan is a frequent speaker at various professional seminars and conferences. He is also an author or co-author of many legal articles and publications (available on the Internet). In his spare time, Taras enjoys swimming, biking and skiing. Being a beagle breeder, he also takes pleasure in providing pro bono legal support to other pet owners.